Abstract Sculptors of the 20th Century 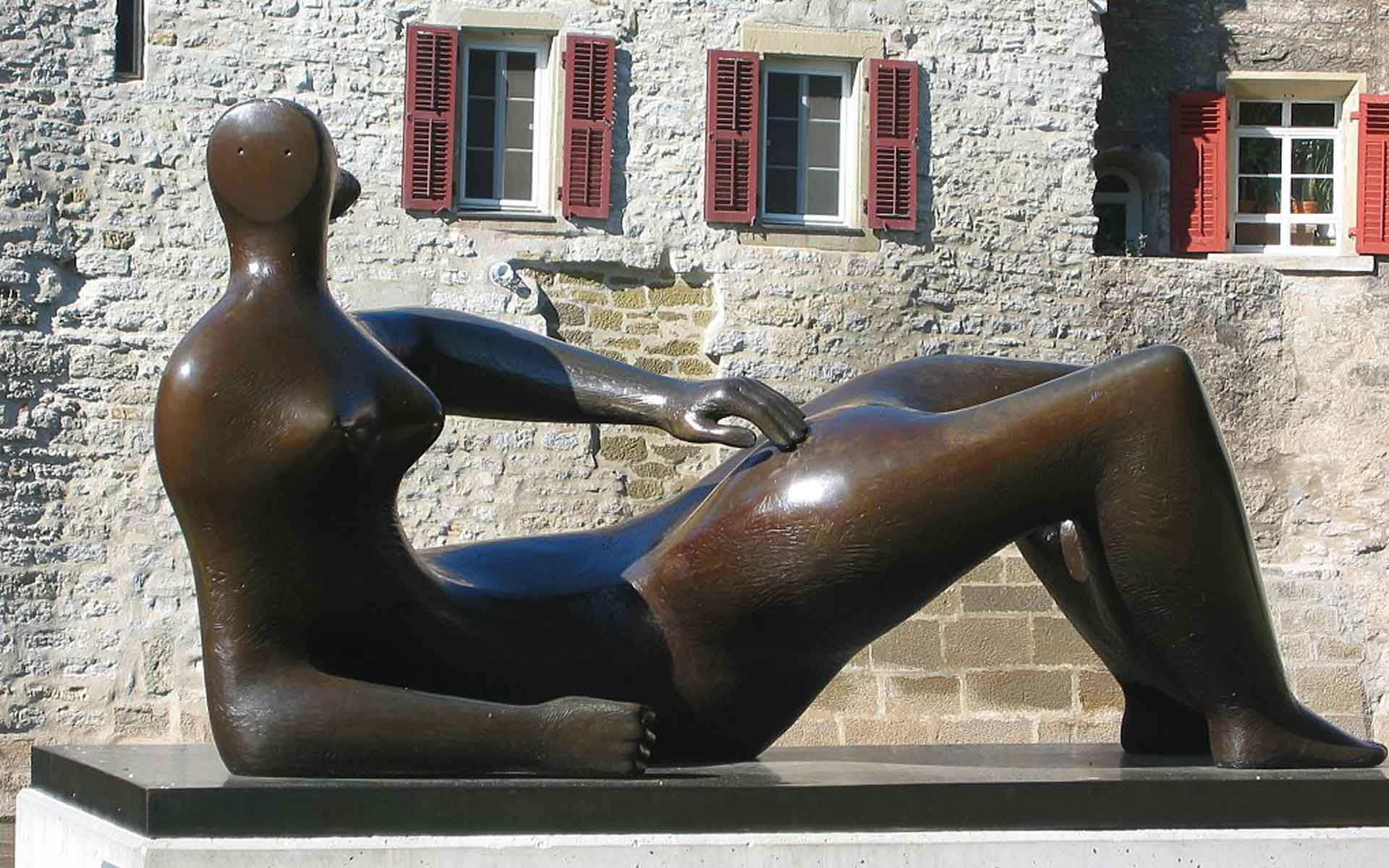 Abstract sculptors of the 20th century were pioneers of a changing movement in the visual art world; in previous centuries, sculpture focused on the figurative body portraying gods and goddesses in mythology, busts of royalty and influential people in a realistic depiction. The subject matter for sculptures was always recognisable, representing things that exist in the real world. The process for creating such sculptures was very painstaking, artists often made several preparatory models when working with unforgiving materials such as marble or stone – the pressure to achieve perfection was very high. When the 20th century rolled around, artists had already begun experimenting with new styles and methods, disrupting the expectations of sculpture. The genre of abstract art was refreshing, freeing and captured new audiences and imaginations. The following abstract sculptors of the 20th century contributed to the wonders of sculpture, inspiring countless artists to discover unique styles and convey complex and poetic messages.

For the 2021-2022 programme, 137° Ceramic Art Studio has introduced a new Abstract Sculpture workshop consisting of 24 hours divided over 6 sessions. The workshop will enable students to design and create sculptures inspired by real-life objects. You can view more information on this course and book your place here.

Henry Moore is one of the most well known abstract sculptors who ever lived. Born in England, Moore began carving wood and modelling in clay from a young age. Inspired by the achievements of Michelangelo, young Henry decided that he wanted to grow up to become a sculptor. Moore studied at Leeds School of art and won a scholarship to go to the Royal College of Art in London where he devoted his learning to primitive art. But Moore wanted to break away from recreating Victorian style sculptures, and decided to develop a unique modernist aesthetic. Employing the technique of direct carving, which involves directly chipping away at the block of stone/marble, he also modelled his works in clay before casting them in bronze. Today, we recognise Moore’s large-scale, monumental sculptures as the epitome of British Modernism, his sculptures are figurative, organic and portray the connection between man and the natural world. The world’s largest collection of Henry Moore’s work are found in The Art Gallery of Ontario, Toronto

Barbara Hepworth is an English artist born in Yorkshire. Along with Henry Moore, she studied at Leeds School of Art and later at the Royal College of Art in 1921 in London after winning a scholarship. Hepworth was a prolific sculptor, with a career that spanned 5 decades. The landscapes and nature around her featured heavily in her life, providing inspiration for her work, early in her career she travelled to Florence, Siena and Rome and was taught how to carve marble from an Italian sculptor, Giovanni Ardini. The sculptor’s work is recognisable from her smooth forms 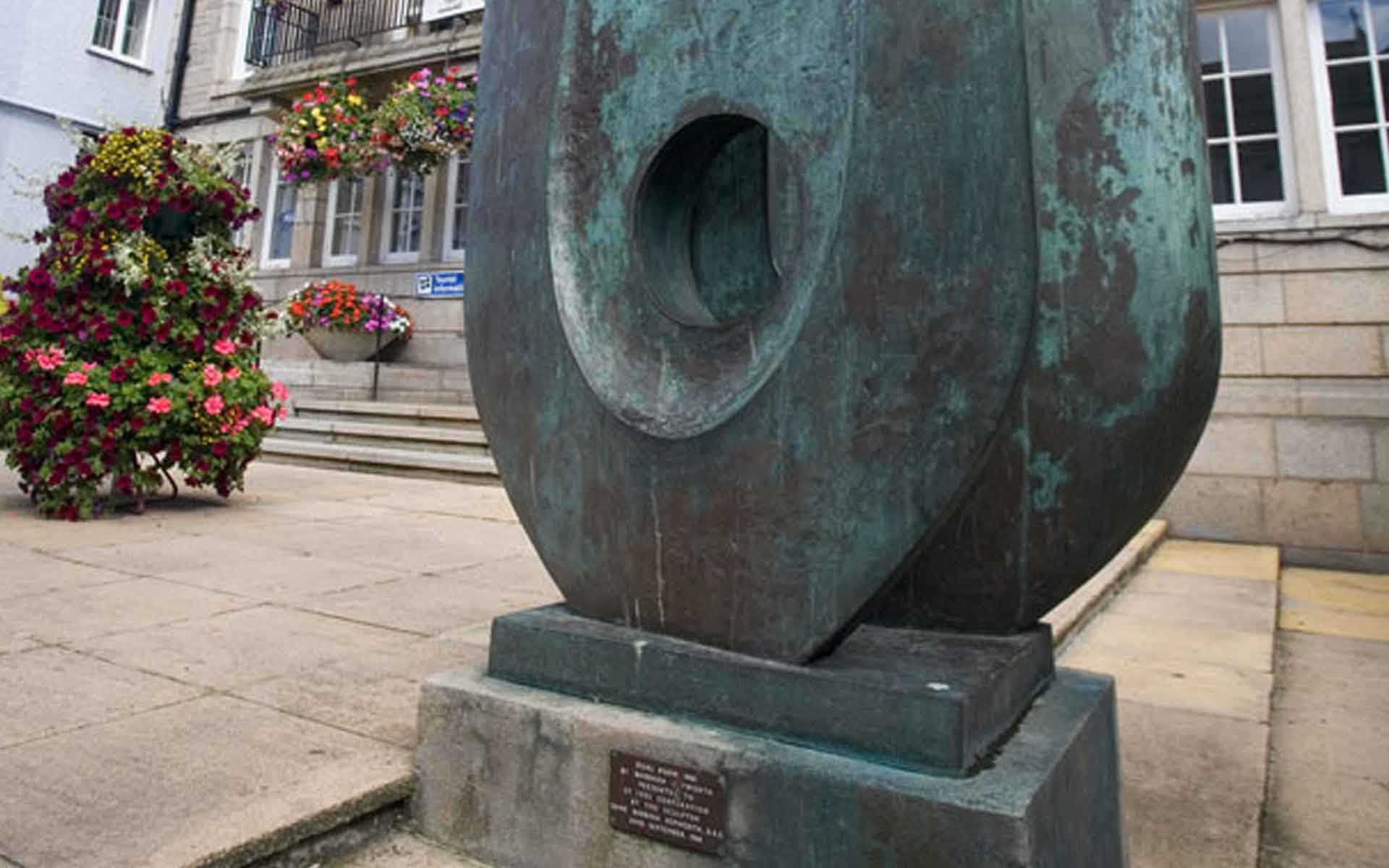 Louise Bourgeois is a French-American sculptor, painter, and printmaker. When her mother died in 1932, Louise decided to quit studying mathematics and begin her practise as an artist. After many years studying and working in Paris, she settled in New York City and joined the American Abstract Artists Group becoming friends with Mark Rothko and Jackson Pollock
Her art is inspired by her childhood, particular the trauma that she experienced, watching her father have multiple affairs, which fed into her identity as a feminist artist, exploring the double standards that exist with relationships. Bourgeois’ work explores themes of sexuality, death, the unconscious among others. The monumental spider sculptures became her signature, identifiable work. The largest spider ‘Maman’ measures up to 9m high, it is made from steel, bronze and marble. Her spiders allude to the character of her own mother, a protective, clever weaver. 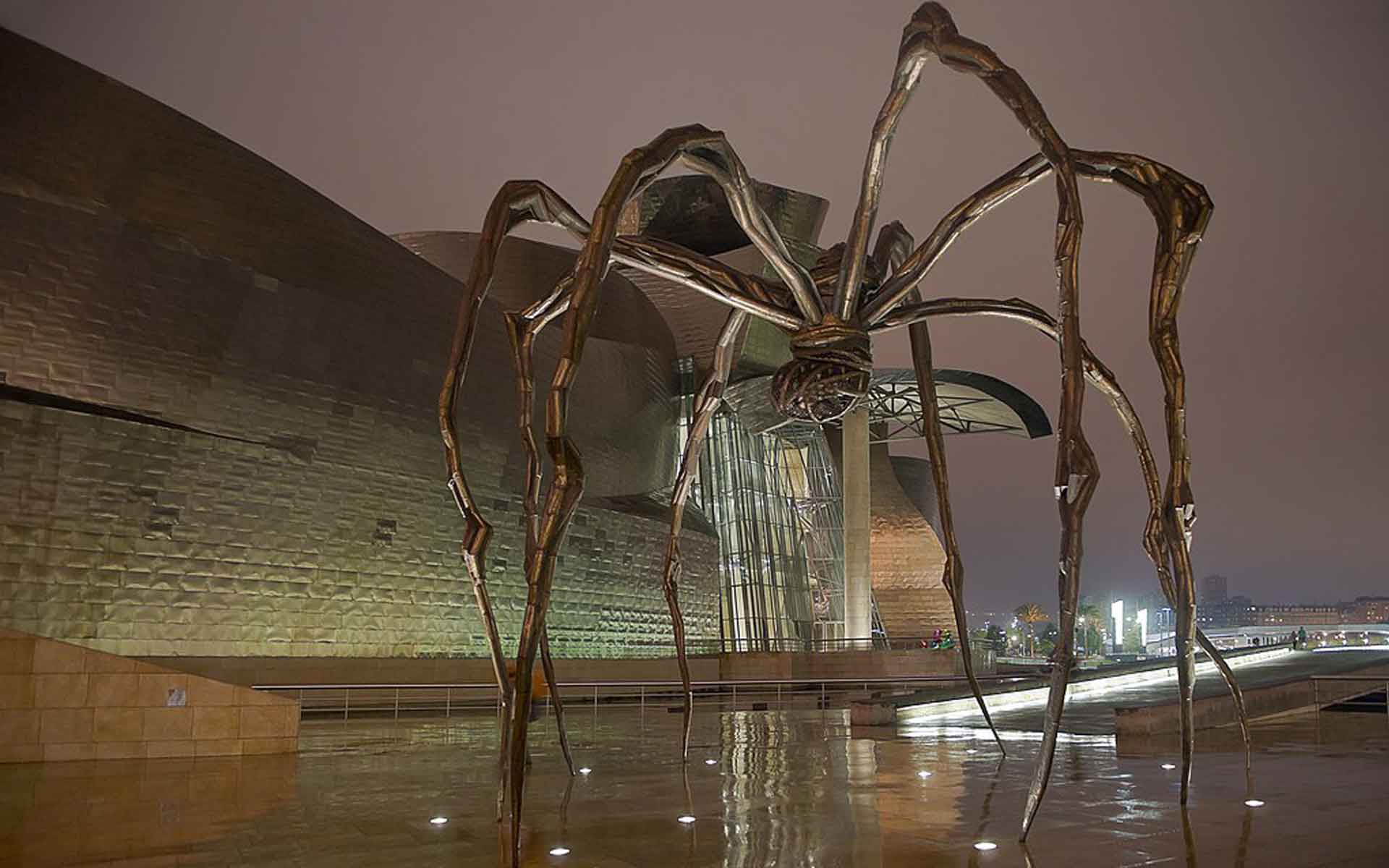 Jean Arp was a German-French artist known for sculptures and paintings of an abstract style. In his early career Arp was acquainted with artists Modligliani and Picasso, and Kandinsky, who all became prolific abstract painters. He became one of the founding members of the Dada movement in 1916 and began experimenting with the technique of collage. Eventually his career flourished and he went on to receive the Grand Prize for sculpture at the Venice Biennale in 1954. His biomorphic sculptures are fluid and strong possessing a pulse and rhythm inspired by nature. 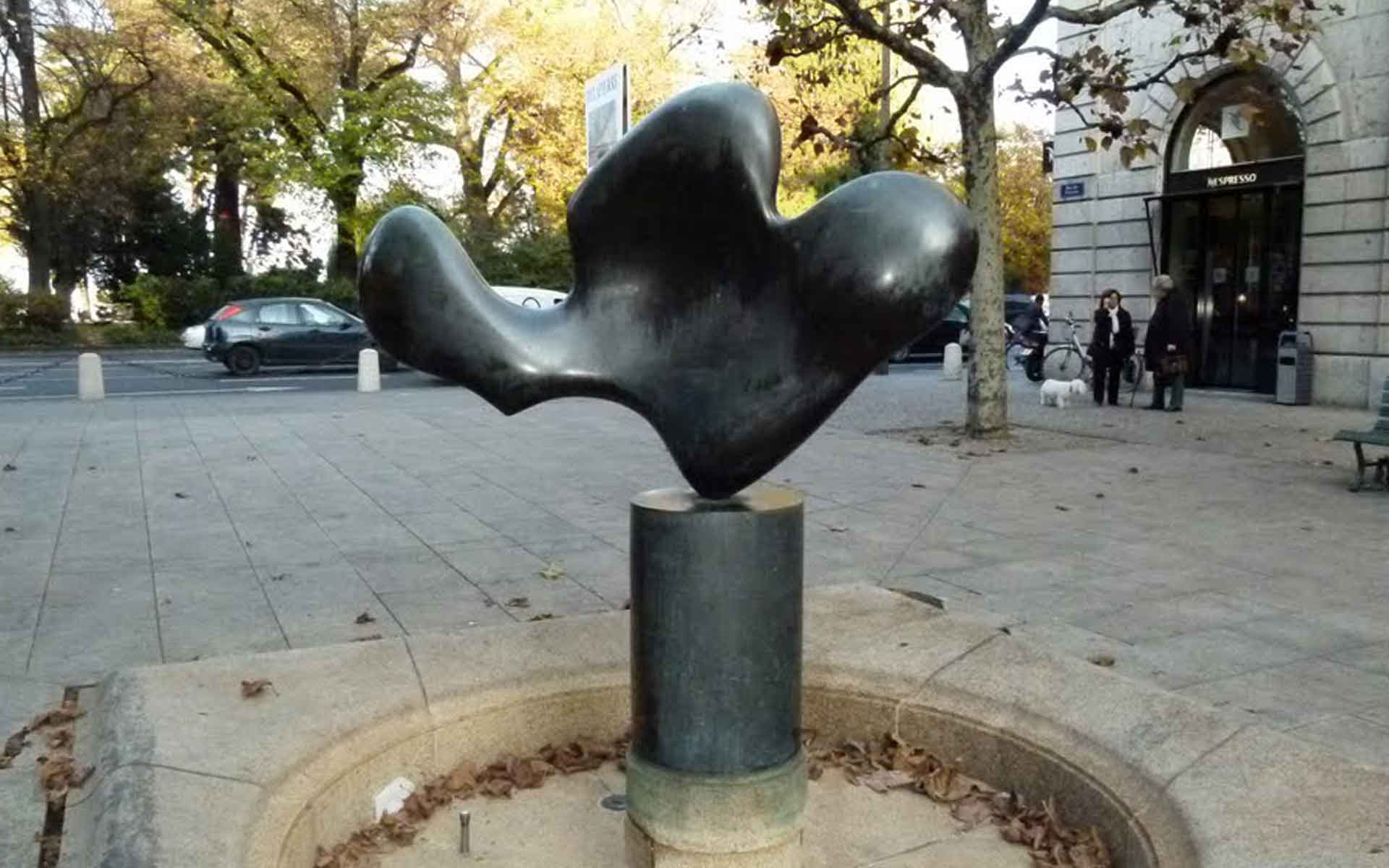 Constantin Brâncuși was a Romanian sculptor, painter and photographer. He grew up in a region that held the tradition of folk crafts and from a young age developed a passion for woodcarving, which would inform his technique of direct carving in his later work. He became a student at Bucharest school of Fine Arts training specifically in sculpture. Brâncuși’s travels lead him to Paris, where he became friends with several other influential artists such as Picasso, Louise Bourgeois, Man Ray and Marcel Duchamp. The artist’s work was heavily inspired by his interest in Romanian mythology and folk art, and he still favoured the material of wood, among limestone, bronze and marble to create his sculptures. His figurative sculptures of heads, with big eyes and long thin noses are signature forms that grace him as one of the most influential abstract sculptures of the 20th century. 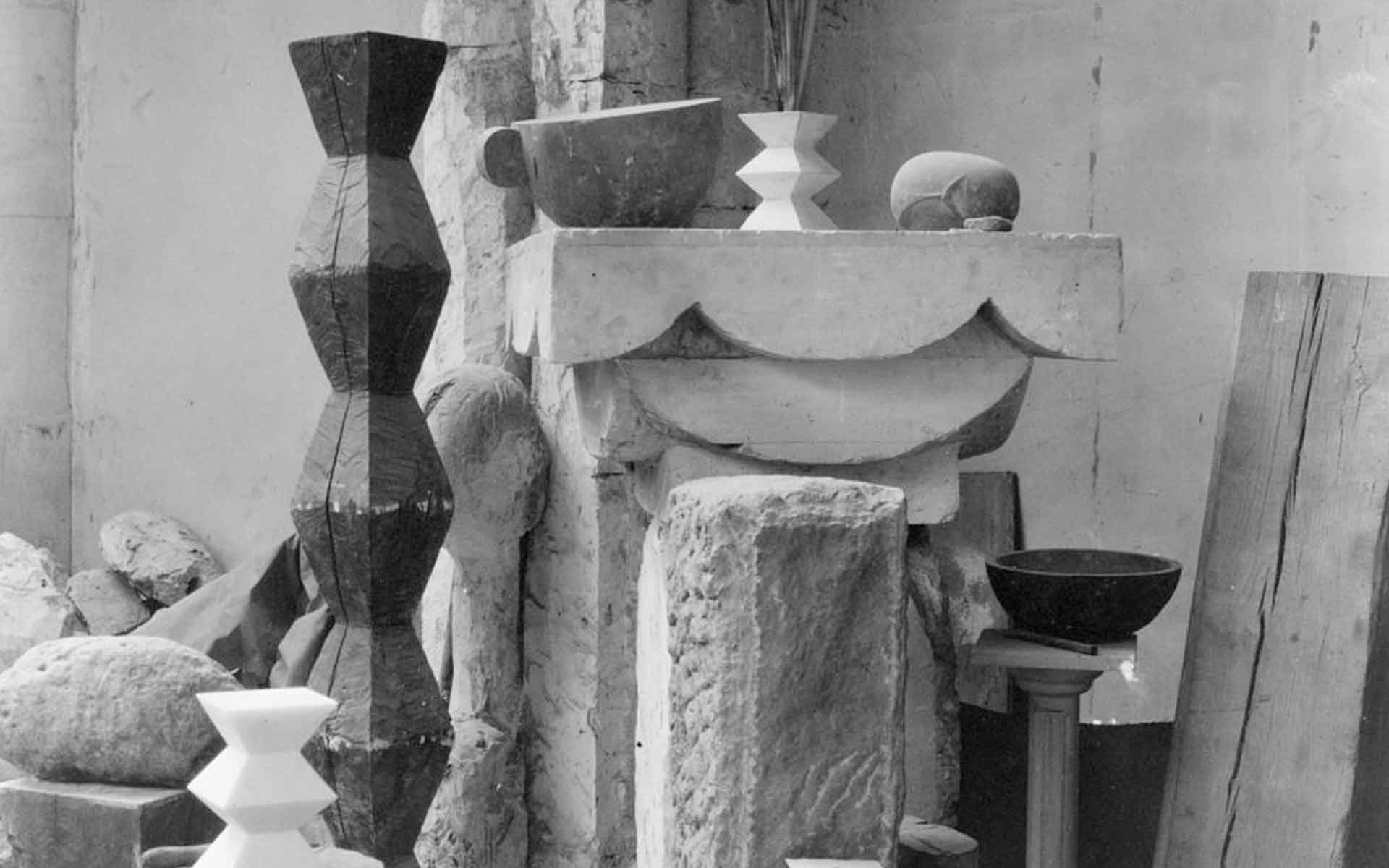