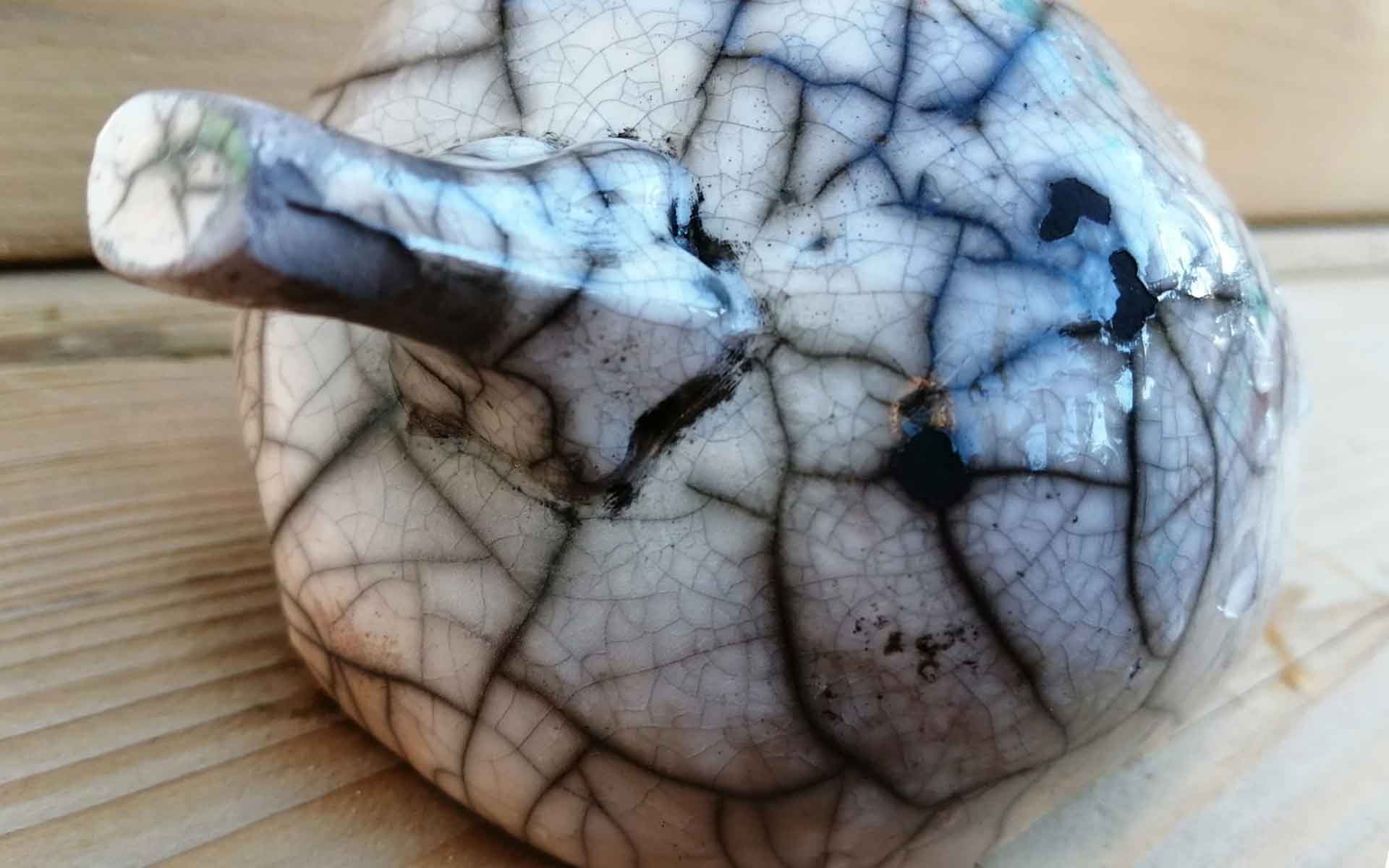 137° is hosting its first Raku ceramics workshop in 2022 with a firing session in the beautiful location of Montseny just 45km from Barcelona. Join us on the 29th January to discover this method of ceramics, originally from the pottery masters of Japan.

The word Raku means ‘joy’ and ‘happiness in the accident’, embracing the art of spontaneity and surprise. Raku pottery originated from the mid 16th century, the pieces were of a functional nature, designed for tea ceremonies primarily consisting of pouring vessels and drinking bowls. Traditionally, Raku ceramics is hand-built earthenware made by pinching and sculpting techniques. After the piece has been bisque fired, a lead-based glaze is applied and then set into a kiln at a low-fire temperature, after a period of time when the glaze has melted, the piece is removed and allowed to cool in the open air.

Google Arts & Culture allows you to explore museums and its collections from all over the world. I discovered Sagawa Art Museum in Japan, along with this stunning gallery of Raku ceramics, showcasing some of the magnificent results from the Raku method. You can see how each vessel is unique in size and shape – use the Zoom function to inspect the beautiful glaze and texture results. I adore the colour palette of this collection, it uses deep, majestic purples and blacks, along with more raw and earthy brown and beige tones.

The clay body used for Raku is high in grog, and needs to be able to withstand thermal shock.
The Raku firing method creates a lot of smoke, which is why it is always conducted outside, in an open space.

Just like the traditional technique, the piece has been bisque fired first and then a low-fire glaze is applied, however, Western Raku techniques have adapted throughout the years, and therefore lead-glazes are not popularly used, based on the toxicity level of lead.

When the kiln reaches the temperature of around 1000°, the glowing hot piece is removed from the kiln with a pair of tongs and thrown into a combustible material e.g. a bucket of sawdust, straw, hay and dried leaves. This part of the process was only adopted in the mid 20th century by American ceramicist Paul Soldner. The material catches fire and the flames visibly surround the ceramics, at this point, the combustible chamber is closed which chokes out the fire. This rapid change of temperature and atmosphere causes chemical reactions in the glazes, the reduction in oxygen forms new colours in the glazes. Finally the Raku pieces are submerged into cold water to cool the ceramics, and the process is completed! This process achieves truly the most unique of glazes, as each reaction is spontaneous, and can never be repeated. The entire firing process is incredibly quick as compared to a traditional glaze firing, typically a Raku fire can be completed in under 30 minutes.

This short 2-minute Youtube video shows the highlights of the Raku firing process. You can see how the colour of the glaze changes from the first removal from the kiln, to the final result when the cooling has finished.

Raku incorporates many aspects of Zen Buddhist philosophy, the process is a magical recipe involving all 4 natural elements: earth, air, fire and water. In Buddhist culture, tea ceremonies create moments to focus on being in the present time, a way to find peace in the simple act of drinking tea. Many potters are familiar with another Japanese aesthetic called ‘Wabi Sabi’ which embraces imperfection and mistakes in the appearance of asymmetry and organic forms.

I believe that when working through the Raku ceramics process, it is almost impossible for the potter to detach themselves from the context and values that it signifies. Often, we ceramicists become very focused in creating identical pieces, whether it’s for production purposes or one-off projects, it takes a lot of energy and concentration to create equality and symmetry in ceramics, however, with the Raku method, each element possesses its own unique soul and experience, undergoing so many dramatic changes in the environment, just like humans.